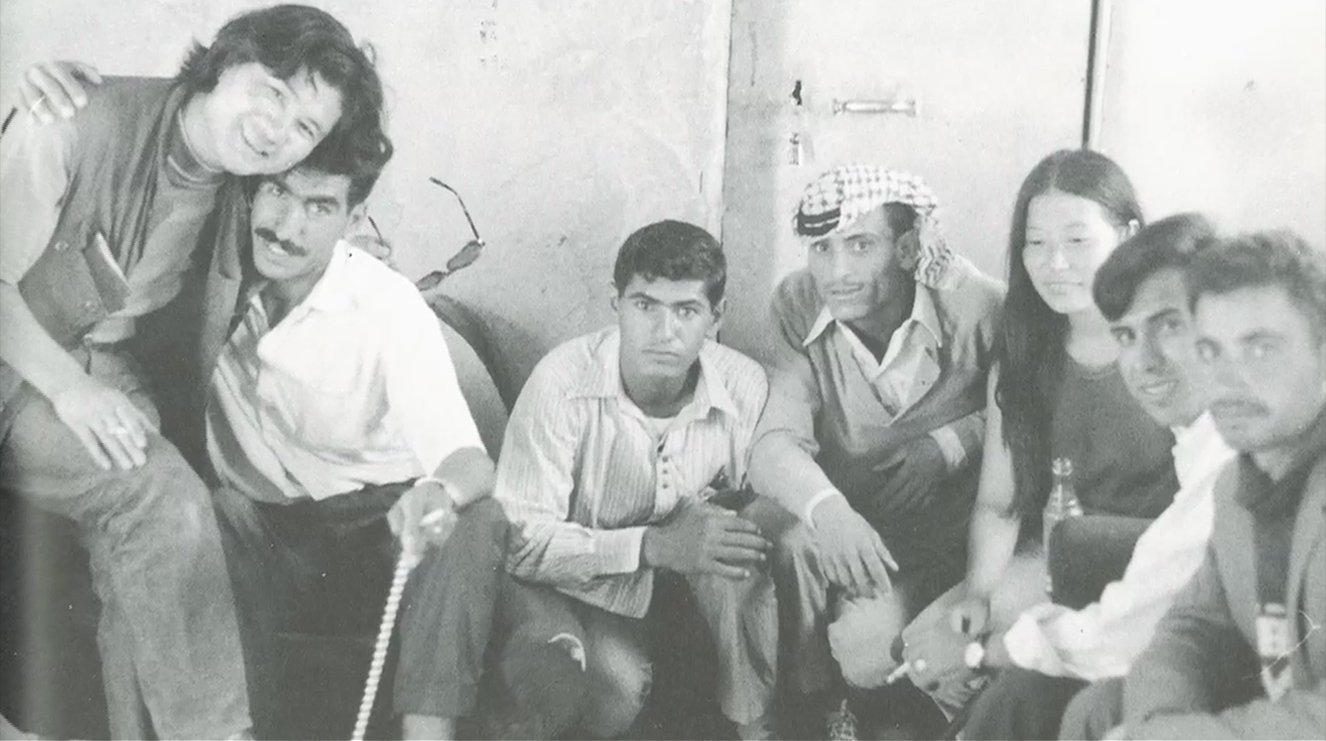 Who was this Japanese woman with the knowing smile who had disappeared without a trace into the Middle East?

At the age of 16, Yi was a budding student activist enthralled with the militant political groups of the late 1960s and 1970s. The Baader-Meinhof Group, the Weather Underground, the Japanese Red Army — their stories were infused with an intoxicating blend of ardent political passion, international intrigue, and blistering scandal. For a young Asian-American girl feeling unmoored, rejected by society, and in search of incendiary role models, the story of Fusako Shigenobu was particularly delicious.

Who was this Japanese woman with the knowing smile who had disappeared without a trace into the Middle East? Did she really blow up those airplanes? How did she become the leader of a movement in a society where male virility was so highly prized? On another note, what was her go-to hijacking outfit?

She gave birth to a daughter under an apple tree in Lebanon.
The father was a Palestinian guerilla leader whose identity had to be kept secret for personal security.

The details about Shigenobu that Yi so ravenously craved were in extremely limited supply, especially if you didn’t speak Japanese. Sifting through the crumbs of information, it was impossible to take a clear stance on the mysterious, dangerous, inspirational Shigenobu. In one narrative she was fighting for the rights of the common people against imperialist oppression, joining forces with the Popular Front for the Liberation of Palestine (PFLP). In another she was wanted by INTERPOL for orchestrating a 1974 attack on the French Embassy in The Hague.

For 20 years Anicka was haunted by the shifting portrait of Shigenobu. Further discoveries only exacerbated this psychic geo-political resonance. Shigenobu had worked in the offices of soy sauce maker Kikkoman while putting herself through night classes. Her first political action was protesting increased student tuition. She gave birth to a daughter under an apple tree in Lebanon. The father was a Palestinian guerilla leader whose identity had to be kept secret for personal security. She changed her name and relocated countless times with her small band of comrades.

Drifting, stateless, raising a child on the run — did she long for Japan?

What do you do when your life becomes a New Yorker article?

Shigenobu was discovered at an airport in Osaka in November 2000. On March 8, 2006 she was sentenced to 20 years in prison. A year later, Yi finally gave form to her obsession in the original fragrance collaboration with architect Maggie Peng, Shigenobu Twilight. Only months afterward, Shigenobu’s daughter, May Shigenobu, contacts Yi to tell her she has tried the perfume. It does in fact smell like Lebanon.

What do you do when your life becomes a New Yorker article? Shigenobu Twilight exists in a historical wormhole where you can DM your imprisoned hero’s daughter on Instagram, but you still can't find an English translation of her writings. If only the Japanese government would let us send a bottle to Fusako Shigenobu so she could tell us if we hit the mark.

Free shipping on all international and domestic orders through Nov. 30